This seems a good time to start a daily blog to share reflections, experiences and recommendations regarding books and videos with friends, family and anyone attracted to this site as we all face this crisis. Remember my Art and Photo images site www.getshot.co.uk.  Also see the pages on this site.

Please read and send your comments as emails to johnbaxter119@nullgmail.com..  I am useless at social media.  Phone calls from family and friends very welcome! 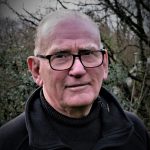 Today 1,228 UK dead. Also announced one third of the fatalities were female, two thirds of the of victims male.  No reason given for this rather scary statistic..

A cold, crisp, calm day.  Elizabeth and I walked around Wincanton Sports Ground.  We are very lucky here to have so many country-style open air walks away from streets and houses.  (see daffodils)  The extreme mud due to our excessive rain at last has dried.

Watched Andrew Marr give Michael Gove the interview treatment. He comes across as exceptionally able, articulate and on top of his brief(s) With all his faults I would trust him more than Boris if he were to become PM to see what needs to be done and to do it..  Wonder if the delay in getting tests set up would have happened if he has been in charge.  His record is he gets things done and it seems he likes working with Dominic Cummings as his adviser..

MUST SEE TV ON THE i PLAYER
Critical doc on DOMINIC CUMMINGS.  Confusing and biased against him, but still interesting – and I am not saying I am pro him, though his ideas and approach sounds useful for unstable fast-changing times like these when decisions based on evidence need to be taken quickly and carried through.
Doc on AMAZON and 5G the technology that is already taking over our lives – see Oliver Letwin’s new book just got APOCALYPSE HOW.  Will post comments when I have read it.
A Channel 4 Doc on PUTIN in 3 programmes – see More4 for playbacks is also a must watch.  A very ruthless, cruel and dangerous man. 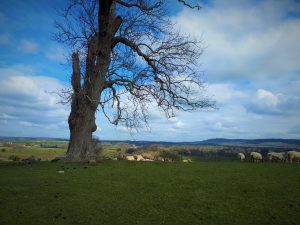 Morning walk to Windmill Hill the hill farm where Wincanton’s oldest grave was found, (3,500 BC scull and mortuary pot now in Taunton Museum) It is also where years ago I photographed our MP David Heath by this great tree which has since died.  Biting cold wind but sunny.

TUESDAY 31st
Spent time listening to virologist friend and retired professor from TCD Greg Atkins talking about viruses and taking his advice to get on board with ZOOM as a possible way of keeping ANVIL going.  It seems an excellent platform for group meetings.  What Greg had to say about the infectious nature of the corona virus is sobering, its size and the power of the electron microscope that can see it amazed me.

Numbers of deaths go up.  Brazil, India, South Africa and Syria in a dire situation, as is the US. Discussion including Joan Bakewell on Radio 4 .  How should doctors choose when faced with limited ventilators between old and young who both need them and should the elderly be encouraged not to take up a hospital bed and die at home?  Where do I stand?  I do not want to die painfully, or alone, though that worries me less than I thought. I think I would still be prepared to go off to hospital on my own if there might still be some chance I would recover, for I enjoy life. However I do not want my treatment to block the treatment for younger people – such as my daughters and certainly my grandchildren. This leaves a dilemma. I also would hate to be separated from Elizabeth if either of us get the virus.  Guess these are thoughts we all need to reflect on.

WEDNESDAY 1st April
Writing an email to an old friend in South Africa makes me aware of things I would like to share with you, dear reader.

We (Elizabeth and I) remain very lucky with our good health, funds, home and garden with lots of room, wonderful nearby country walks and access to good local shops.  All things so many do not have both here and of course in SA where things for the poor sound really dire.  So glad to hear Ramaphosa is leading well and hope that the end of this will see a strengthened position for him as he fights corruption.

Boris and his boys – almost all boys – have been tardy over testing unlike Deutchland which will cost us many lives, but we still have our Army able to lead in the building in two weeks the Nightingale Hospital for 4,000 beds.  Also really heartening has been the huge response for volunteers, 250,00 asked for and 700,000 came forward to help with supporting our NHS. Wish I could.

Have just been reading Tom Holland’s book, Dominion. He is a most impressive historian and he takes an interesting line in his retelling and review of Christian history and the history of the Western mindset.  He concludes that our habitual morality is not simply the product of the 18th century Enlightenment, but that in the face of Rome and Greek culture – Jesus backed by Paul introduced a revolutionary moral tradition which remains alive and well despite and within secularism – as the volunteers to help the NHS shows.  Without himself accepting supernaturalism, his depiction of both Jesus and Paul is brilliantly vivid and believable – though he downplays their it appears shared belief in a coming apocalypse.

Sadly the book focuses only on the Western mind and he does not explore the similarities between the Buddha’s teaching and that of Jesus, both being revolutionary in their rejection of force and violence and in their promotion of compassion.

I also attach my notes  on the next post of an excellent book I have read.  I have summarised 9 chapters. It is entitled Why Buddhism is True – a deliberately provocative title.  The book is by evolutionary psychologist Robert Wright.

We are using Whatsapp to keep in touch with our family and time is rushing past.  This whole thing  was predicted (see The Uninhabited Earth p111 ) but  it is really appalling for only the far Eastern countries who had the experience of SARS were prepared.

I think this Buddhist blessing fits for where we all are now,

May you be well, happy and free from suffering,

Weird sense of unreality permeates life as we sit and wait – hoping nothing will happen to us or those we love. weight has increased by 4lbs above my 12 stone ideal.  Eating too well and walking not as good as Gym workouts.  Will try no food for the day.  Do Pilates and plank exercise every other day. Plank 2.5 mins. Fast walk around Sports Ground 35mins.

FRIDAY 3rd  APRIL
38,168 Infections 3,605 deaths, including 2 young nurses and a 12yr old boy. All apparently fit  Also Welsh consultant says all his patients under 50 and one of 20.  No-one it seems is safe and as expected the numbers are rising fast.

Went for  a depressing 1 hour walk together south across a footpath that has been allowed to loose its markings,. Walked past huge solar farms never noticed. 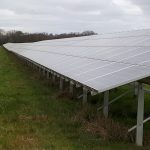 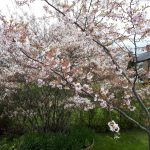 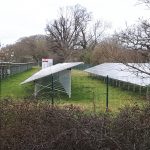 Sent Dave Wrathalls email to all ANVIL members and friends and family.

Hi John I’ve found these videos really interesting and potentially useful with respect to COVID-19. There’s quite a lot of technical detail but he’s good at explaining things. They’re worth watching in sequence if you can spare the time..       https://youtu.be/A4eu-h_owaI

In summary, the science (what there is of it) suggests that:

Because these home remedies were popular before the era of antibiotics, they have been all but forgotten by the medical community. They might, however, play a vital role in this crisis.

HOWEVER GP Sally Dangerfield says  I would suggest a hot bath during the fever is completely the wrong thing to do as it heats the body further. Your body sweats to cause evaporation and thus cool the body.

SATURDAY 4TH APRIL
Recommendation. TV seen on Friday on I Player Pilgrimage. BBC2 . Seven “celebs” including Edwina Curry is enough to put one off, but no.  They set off on a pilgrimage from Belgrade (Serbia) (to Istanbul. (Turkey).  Consisting of a convert to Catholicism, an atheistic  rejecter of Catholicism, a secularised Jew, (Edwina) A young ordinary believing Muslim, an amazing blind no longer Muslim (a TV star in the making), an atheist and a vaguely Christian theist.  Have watched two of the three with Elizabeth. Third to come.  Was annoyed no Buddhist featured when the values and beliefs expressed by them were so often close to secular Buddhism and no active Anglican was featured.  However, all seven came across really well as intelligent, sensitive non-specialists regarding religion. (Edwina being much the most knowledgeable about the religions and their history.) The places they passed through were stunning and in all make for a really good and encouraging programme.

This evening we have the Queen whose message has been relentlessly leaked.  A pity for without the leaking her carefully chosen and admirable message would have had greater impact.

A Grim Calculus is the title of the leader in the Economist April 4th.”When one child is stuck down a well, the desire to help without limits will prevail – and so it should. But in a war or in a pandemic leaders cannot escape the fact that every course of action will impose vast social and economic costs.  To be responsible you have to stack each against the other.” and in conclusion, ” Eventually, even if many people are dying the cost of distancing could outweigh the benefits. That is a side to the trade-offs that nobody is yet ready to admit”.
Boris admitted to hospital for “routine checks.” At 7 pm he was in Intensive Care.

MONDAY 6th April.
Rewrote paper as PCES. Pandemic and Climate Emergency Service after hearing from a senior LD friend who liked the earlier version passed around at the LD conference last year.  Do read it and send comments. Discussed Science Fiction films with Eleanor and watched The Matrix on Amazon Prime.
Radio 4 reported higher pandemic mortality for men probably because women have an extra x chromosome giving them a more effective immune system. So there!

TUESDAY 7-4-20
Concern grows over Boris after a night in St Thomas’ on oxygen.  E mail sent to all ANVIL Associates and family about blog.  A beautiful day. We breakfast in the garden and Elizabeth works there as Spring bursts out and Prince Charles reads Wordsworth on Tintern Abbey.
We learn that the deaths and infected figures are under-reporting for at least a week because of the way the figures are collected.
WEDNESDAY 8-4-20
First day of new PE regime.  2klm run and walk and sprint around the Sports Ground followed by pilates.  Felt great. 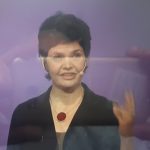 Spent afternoon watching videos of the work of economist Kate Raworth of the Environmental Change Institute, Oxford, who argues for a complete rethink away from GDP and GROWTH to Sustainable Development in her book Doughnut Economics.  See Wkipedia. You MUST look this up.  As  governments prepare to face the future another way of approaching economic problems is urgently needed.  Greg Atkins alerted me to this .  Here is her doughnut. 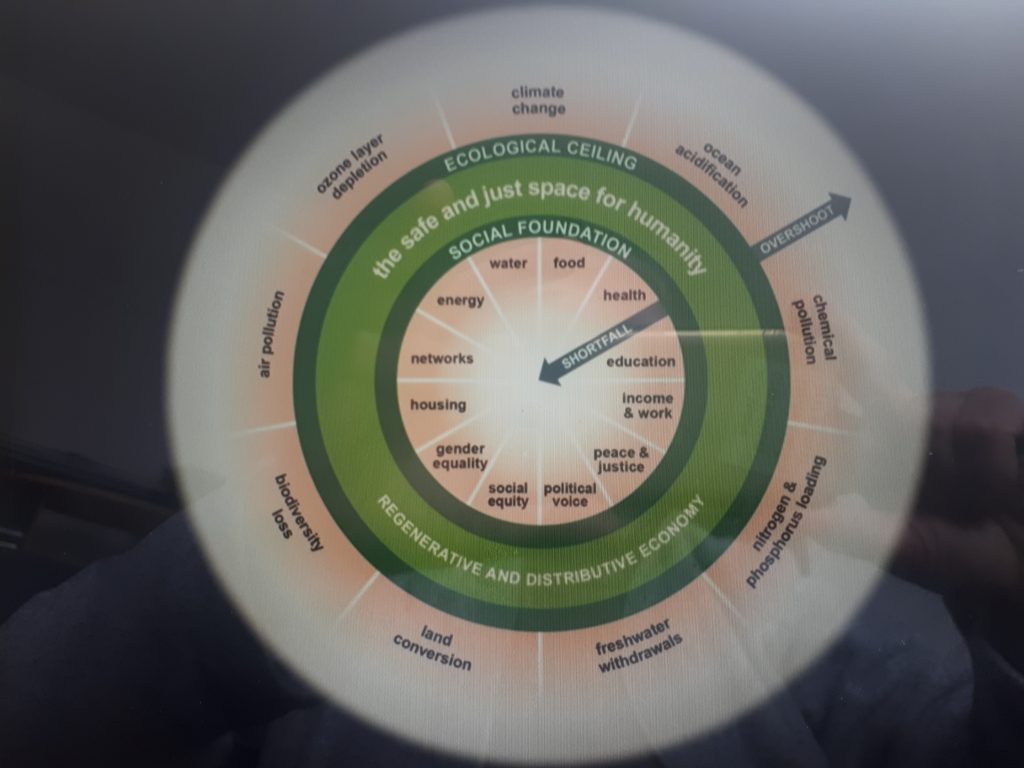