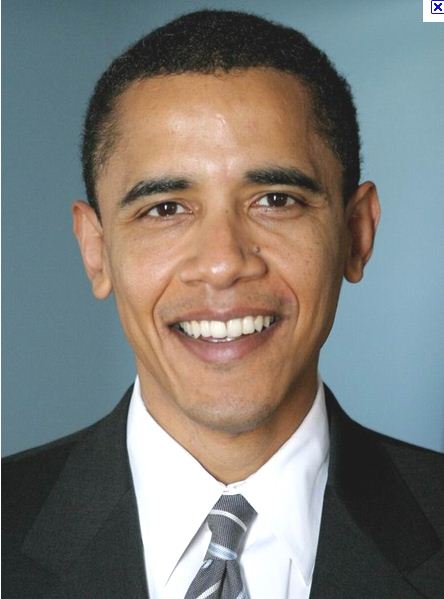 Should President Obama have ordered the Seals to capture Bin Laden alive if possible or was it better to order he should be killed?

I have great respect for President Obama. He seems to me by far the most impressive US president since FDR.  To read his autobiography is to be confronted by someone of quite exceptional intelligence, sensitivity and self-awareness.  It also shows him to be a clear-eyed and tough politician not easily taken in by other people. It is also clear that his core values are what one could describe as tough-minded liberal, and of course he has been a high flying law professor at Chicago University.

With such a background it was initially surprising to hear him say when he came on TV to announce the killing of Bin Laden that, “Justice has been done.”  That was the sort of phrase you would expect of George W. Bush. Obama the lawyer of course knew that it was nothing of the kind. Killing Bin Laden by gun or bomb may well be justifiable as an act of war against the most wanted terrorist enemy of the US, but to be an act of justice, the accused needs to be brought to trial before a properly constituted court of law.

As Archbishop Rowan Williams has said, “I think that the killing of an unarmed man is always going to leave a very uncomfortable feeling because it doesn’t look as if justice is seen to be done in those circumstances,”

The frequently revised accounts of his end now state that Bin Laden was found together with his wife alone in his bedroom. His wife then ran towards the soldier and was shot, though only slightly wounded. In one account mention was made of a pistol and a Kalashnikov being in the room (NY Times) That claim however has not been repeated and is not in the extensive account of the action in Time. If there were arms in the room that might have provided a good reason to shoot. What orders though were the Seals actually given? Were they really expected to “take him out” or were they told to behave as the soldiers who found Saddam Hussein did and bring him out alive if they could so he could face trial?  Was Bin Laden given an opportunity to surrender and if he was clearly unarmed was it legitimate to shoot him even if he did not want to surrender?  The Time report says, “he appeared unarmed but ready to resist”. What on earth does “ready to resist” mean? Did an unarmed man really pose a threat to a heavily armed and well trained Seal? Such talk sounds like spin, an attempt to justify the act as of self defense. Time continues that he was immediately “shot in the head and in the chest.”

In a long and fascinating article Joe Klein writing in Time (May 20th 2011) describes the thoughtful, measured and careful way the President reaches decisions and how he discussed and weighed up the options and the risks associated with the Bin Laden operation, exploring the risks and different possible outcomes of a raid by the Seals or the obliteration of the complex by bombing.

What Klein does not mention is what discussions took place about what to do if Bin Laden was taken alive and what orders were to be given to the Seals.  Were they simply told to take him out?  It is frankly very hard to believe that such a discussion did not take place. It may well be archived.

My guess, and it can only be that, is that what transpired is just what Obama wanted, that is to have Bin Laden clearly identified, killed and his body disposed of at sea. I suggest there never was any intention of bringing him out alive. Why? My guess is that this is where “real politic” takes over.

Since his election Obama has had to face the most unrelenting, disrespectful, vicious, personal, dishonest, hate obsessed and partisan opposition of any President in modern times. At the same time he has also had to deal with the most complex and difficult problems the US has ever had to face both at home and abroad since Pearl Harbour.

Let us not forget only the week before Obama felt forced to display the full record of his birth certificate in the face of the scurrilous accusations and vicious innuendo peddled by Donald Trump, other Republicans and the baying Tea Party crowd.  He had to face what Joe Klein calls “the  suspicion of too many Americans that the President was not who he said he was, that he was a secret Muslim and maybe not even playing for our team”

Add this also. President Obama has had his policies repeatedly blocked and undermined.  He has been unable to close down Guantanamo Bay, unable to mount a trial in the US of any terrorist suspect held there, and has had to keep the flawed “military tribunals” to deal with the untried terrorists and it seems he has had to accept they would use evidence gathered under torture.  All these steps Obama the lawyer knows are a travesty of justice and due process.

So why not plan to take Bin Laden captive?  My guess is that Obama recognised that to do so could turn out to be a disaster for his presidency, for the credibility of the US legal system and the reputation of the US around the world as a democracy based on the rule of law.

For a start what would have happened to Bin Laden? Would he be taken to the International Court at the Hague? Well no. The US does not recognise that court lest it try to convict Americans of war crimes.  Would he not have been immediately transported to Guantanamo?  Quite likely and hard to stop. Once there is it not probable that powerful figures would argue he should  be held for “as long as it takes” – possibly years – while undergoing “enhanced interrogation” so that as much as possible could be extracted from him about other plans and terrorist operatives.

When the torture was concluded if he was still alive and mentally capable of standing trial would it then be possible to find a place anywhere on US soil where a proper trial could take place? In the unlikely event that a state could be found to do that what would the legal status of evidence extracted under such duress be? Could it not be considered so tainted that the judge might declare it all inadmissible and order an acquittal? What could happen then? Mass rioting?

I imagine that Obama and his close circle simply concluded that contemporary America is too divided and unstable to be able to hold and try Bin Laden in any way that would not reduce the whole thing to an extended and divisive horror show, a judicial circus which could divide the country, undermine his presidency, and promote hatred of America.

Instead what he has done has proven his capability to act decisively as Commander in Chief and protector of the Republic. By making sure there is no Bin Laden trial he has kept things plain and simple and has prevented massive and disruptive division within the country and further derision of America abroad.  Instead his action and the restrained and dignified way he has conducted himself has greatly strengthened his presidency. I think what he did was necessary, prudent and under the circumstances, right.