The two papers here, Christianity and Supernaturalism and Clearing the Way express my understanding that much modern religion has taken a deeply irrational turn. Nevertheless I think human nature is such that we need a structure of values and practices, and this I see as the essence of religion – or of all religions. I also think that if we are to function effectively as social beings in a community we need this.  We also need it to develop and think about moral values, and to place ourselves in a narrative or story in order to make sense of our lives. I think we also need a religion to provide us with opportunities to reflect upon, open ourselves up to and experience to some degree what I would call the awesome, unexpected and transcendant nature of reality, something which can so easily be ignored in a rush of shallow, busy living.

Christianity and Supernaturlism is by far the longer paper, It was written over several years and last revised in 08.  Dip into it and see what you think.  It does provide a basis for what I say in Clearing the Way which was also written in 08. Neither pretends to be my last word and I am increasingly interested in thinking about Consciousness. I would also add that reading these two papers will be made much easier if you print off or refer to the annotated diagrams I have listed under World Views.These illustrate my views on Religion, the Primal World View, The Medieval Catholic World View, the Protestant World View,  the Modern Scientific Worlf View and the General Supernaturalist World View which I see as having developed as a way of dealing with the growth of science and secularism. 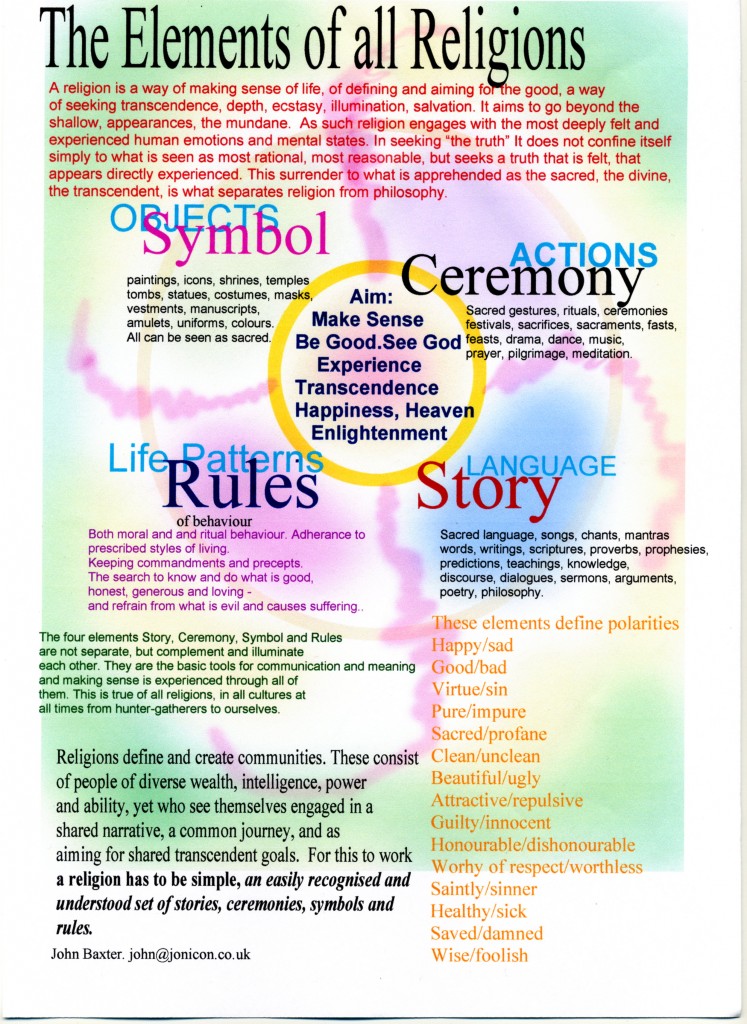 Religion: A set of interconnected stories,ceremonies,symbols,music and rules of behaviour