The Two Spheres of Reality

In an attempt to salvage a place for traditional religion of all types in the face of the ubiquity of science and technology, and the growth of atheistic secularism, a simple general way of thinking has taken root globally and across often competing religious boundaries.  This is that there are two “spheres” of reality, the scientific known by reason and the supernatural validated by miracle and religious experience and “known to be true” by faith.

Within Judaism, Christianity and Islam, but also to an extent in other religions, a hghly defensive attitude towards their scriptures develops, and religious truth gets equated with historically true.  The result is a very literalistic style of interpreting their scriptures and an insistence that any miraculous or supernatural events they appear to describe are not to be interpreted allegorically, symbolically or metaphorically, but are to be understood as having “actually happened.”

If these events cannot be reconciled with scientific thinking, then it is simply asserted that God can over-ride science to make a point and that believers accept this as having taken place as an act of faith.

Reasoned argument between or across world views then becomes impossible. This literalistic fundamentalism and acceptance of the supernatural which has always been a feature of popular religion often went alongside more philosophical, sceptical, allegorical and metaphorical ways of interpreting texts and ceremonies.

In the 19th Century however in the US it erupted in the growth of Evangelical Fundamentalism and in European Catholicism in the Syllabus of Errors, attacks on Modernism and the assertion of Papal Infallibility by Pope Pius 9 who called the First Vatican Council in 1870.  In both cases it was a reaction against the sceptical and reason based thinking of the 18th Century Enlightenment, Liberal Christianity, German Biblical Criticism, Marx,  Darwin and the theory of Evolution by Natural Selection.

As a general approach it has now also taken root deeply in extreme jihadi Islam and elements of religious Zionist Judaism, the Christian Right in the US as well as in Orthodox circles in Russia,and Serbia. The result is a general demonising of those outside the “chosen” group and a continuing threat to peace. 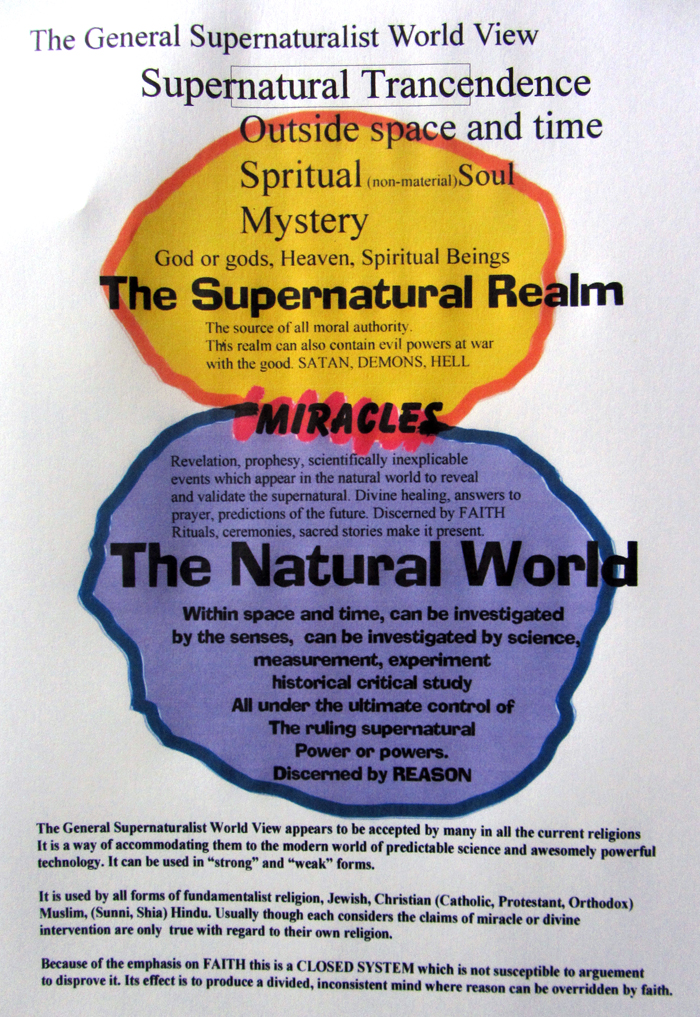