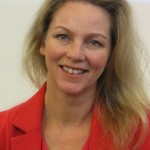 Julie has kindly sent us her notes so we can think about and remember what she said in what all of us present found a most stimulating and mindbending session.

Philosophy and Science of Time

Questions on time
1 The equations of physics work just as well backwards in time as they do forwards.
2 Why do humans experience time only from past to future?
3 Is it possible to create the past from its future?
4 Is it possible to label and moment in time as ‘now’?
5 Does time always pass at the same rate? 6 When did time begin, and will it ever end? 7 Do you think that time travel will ever be possible?