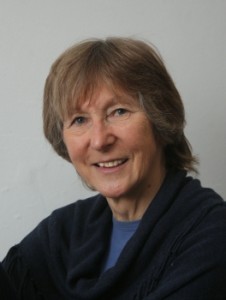 Gill presented us with a carefully researched, clearly expressed, wide-ranging and highly informative paper. This was much appreciated for everyone who attended had been able to read it on our website or print it off for themselves in advance.  This meant none of us was approaching the subject cold. For the session itself Gill presented her main points in an engaging and insightful way which set us all thinking.

Originally when she chose this subject we thought it might lead to a fairly polarised debate between those who felt freedom of expression as we have it here in Britain has gone too far and needs to be reigned back and those who consider it has still not have gone far enough and is in fact under threat.

Instead, as a result of reflecting on her paper, everyone present expressed their agreement that without freedom of expression, you cannot have a liberal, open democracy and the rule of law. This means being basically free to express our opinions, beliefs and values – be they personal, religious, political or artistic – through speech, through association with others, through the arts and through access to a free press and other media and that all of these should not be under state control. The alternative we agreed lead to autocracy, tyranny, despotism, corruption, plutocracy and the misuse of power.

Gill’s paper and her presentation however pointed out that freedom of expression is very seldom a black and white issue.  It is necessary that it operates in a context where there is respect for the truth, family life and privacy, protection against reputations being unjustly defamed, and the safeguarding of national security.  In addition there are the real problems of the protection of minorities, the control of hate speech and the denigration of religious, cultural, and minority groups which can polarise society and lead to violence and discrimination.  Different democratic societies do this in different ways.

We also reflected on how we are moving from a situation where the press and carefully regulated TV is being rapidly replaced by the internet and the unplanned and unimagined growth of social media and the explosion of the garnering of information about us by the state and commercial organisations on a previously unimagined scale.

Exploring these themes lead to thoughtful discussion based on what we have read, seen and experienced personally and our fears particularly of the pressures and dangers these can impose on even the very young for what is seen cannot be unseen.

As usual after a good and full discussion we were able to socialise with refreshments and continue informally.

We now have a two month break until our next session on Wednesday the 18th of June when the Revd Jo Penberthy will be speaking on the subject, “What makes something a fact? The construction of scientific meaning from a theological perspective.”

Anyone who has heard Jo speak will know that while this title sounds demanding, Jo is a compelling speaker and will be able to make what she has to say both interesting and understandable. She will be exploring how we come to accept something as true and how the complexity of this process can shed light on the religion/science dialogue.

If you wish to come email johnbaxter@nullgetshot.co.uk to reserve your place on a first come first served basis.   Also feel free to email in your personal reflections on Freedom of Expression for me to place on this site.