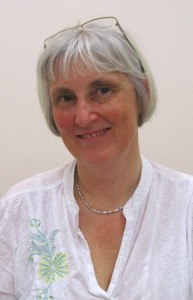 Looking at the Facts
Yes, lets face it we were all rather daunted after signing up for this session when Jo’s paper arrived. See www.johnbaxter.org. Entitled What Makes Something A fact?  The construction of scientific meaning from a theological perspective it is certainly not an easy read and the subject itself, the world of quantum mechanics seems far from the common-sense world of everyday, except that it isn’t. It is under our noses. In fact it is right up our noses, for the world of quantum mechanics is the world of the incredibly small, smaller than atoms and molecules right down to the world of “fundamental particles”, quarks, positrons, photons and electrons ie the fundamental building blocks of which we are all made – except that they are not like blocks but consist of pinches of energy flying around in a vacuum. Got that?

Facts in the Quantum World
In this world facts are hard to come by and are mostly replaced by the mathematical speculations and “thought experiments” of the ultra bright quantum physicists such as Einstein and Schrodinger. Why then should an Anglican parish priest like Jo be drawn to explore and understand such things?

No Easy Answers
That however was not quite what Jo was attempting to do in this paper.  Her aim was to explore and understand, and get us to understand, that the quantum physicists are not yet agreed about how the quantum world of the very, very small works, but they do believe what they are discovering could suddenly have huge practical consequences, as in the development of quantum computing. They also believe they have evidence that things behave at the quantum level in ways that appear to flatly contradict what we know are the facts of everyday life as regards space, time, cause and effect and the mind.

The ANVIL way
How then does ANVIL work?  Jo sent in her paper which everyone who had booked to come downloaded from the above site and read.  She then presented her paper, stopping to answer questions about what she was trying to say until she had got right through it.  Anvil members were then invited to come back with their own thoughts on her paper, but without discussion.  We then broke for a hearty session of drinks, nibbles and social chat, before reforming for a lively discussion and  a chance for Jo to sum up. 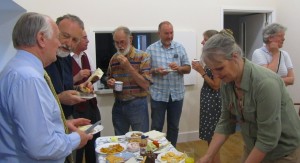 Hazel Hudson did an excellent job as chair and introducing Jo and there was a great atmosphere as we reflected that we had boldly gone where we had not been before.

Follow-up Comments.  If you have comments to make about Jo’s paper, please send them as emails’s to me and they will be placed at the end of her paper.  I am just adding my own comment now.

Book a Place
If you would like to come to either of our next sessions, maximum number 16, (£4 contribution) just email johnbaxter@nullgetshot.co.uk

Dr Derek Hudson. Derek retired as Deputy Director of the Bank of Botswana after 35 years working there after time at Cerne and in the US

Julie Arliss. Lecturer, Founder and Organiser of Academy Conferences will explore the case being made that Artifical Intelligence is nearly here.