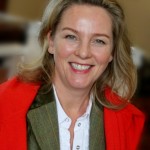 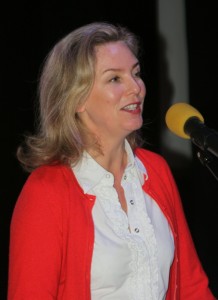 The students came from all types of school, maintained and private and had been selected by their teachers as being bright and likely to appreciate a day of mental challenge and exciting new thinking. That is certainly what they got.

Julie Arliss kicked off with a talk entitled “Chaos and the Origins of the Universe” in which she described how the top scientists using their mathematical thinking, astronomical observations and experiments at Cerne have been developing, modifying and exploring theories about the origins and nature of the universe. This involves exploring time, gravity, space and light and where all this has been taking them, together with the new insights into consciousness and mental and physical functioning which are emerging in the field of neuro-science and how these relate to each other as we all seek to understand this amazing cosmos as a whole. It was a fascinating tour-de-force which kept everyone engaged for over an hour.

After a break to stretch, Julie continued with a session on how potential Oxbridge candidates could approach the sort of questions they could be faced with at a selection interview. That is when what is being looked for is not subject knowledge, but the ability to approach a question from a variety of different angles in order impress through showing originality and creativity. To do this she explored “Do you believe statues can move and how might you justify such a belief?”showing in how many ways such a question might be approached.

Robot Fantasy, Android Dreams and the Emotion Chip was the title of the talk given by Professor Tom Greggs of Aberdeen University which followed. In looking at Artificial Intelligence he pointed out that while some top neuro-scientists are of the opinion that our ability to build a truly intelligent machine that would pass the Turing test of being able to convince people they were relating to a self-conscious person was actually still extremely distant, perhaps centuries away, others. like the astrophysicist Professor Steven Hawking, believe we are getting dangerously close to reaching such a point and that if we choose to do so that could become the biggest mistake humanity has ever made. Such intelligences could then evolve on their own, outpacing us completely. While AI is about making an intelligent machine he then introduced us to Transhumanism, the way in which technology can be used to augment and change the way human beings think and act, something the internet and the IPhone is already doing.

He then showed us two videos to illustrate. The first was of AI and featured the performance by a human-looking robot talking about its thoughts and feelings towards the team who had built it in the most disconcertingly emotional and “human” way. The second was to illustrate Transhumanism and was an even more frightening film showing that Google has developed a contact lens which can be easily worn and voice activated. This gives you internet access, GPS and full search information in a corner of your eye, together with the ability to send and receive emails including photographic images of what you see without anyone knowing you are doing this. The effect on us as individuals and on society if such technology were it to become readily available – is pretty scary to say the least. https://www.youtube.com/watch?v=ErpNpR3XYUw 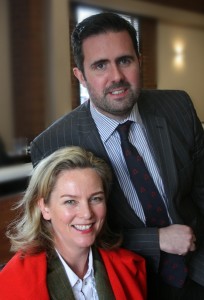 A Debate between Julie Arliss and Tom Greggs then took place over the motion that “This house believes that personal preference is all that matters in morality.” After the two speakers had demonstrated how differently the meaning of the motion could be interpreted, students were encouraged to express their views and despite the challenge of speaking to such a large and potentially critical audience, volunteers came thick and fast with many points made with passion and coherence. 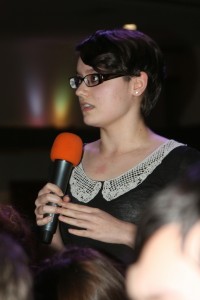 Punchdrunk we came out of the hall for lunch where I learnt from several of the teachers who had brought groups that they had been doing so for several years. Why? They told me they did so because they had seen the conferences inspire and motivate those they brought along to explore what they were studying with fresh enthusiasm. They said that bright students can easily become disruptive and bored if they are not given the stimulation and opportunity to explore issues and go beyond the ordinary. They were also sure bringing their students helped them to see the value of aiming high both in school and in thinking about possible university courses. 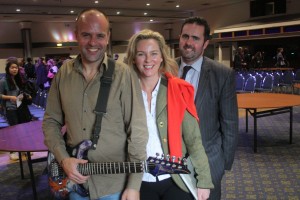 Dr Mark Lewney, physicist and rock guitarist in his talk “The Future Aint What it Used to Be” emphasised that the developments in Quantum Physics and Chaos Theory really have made the neat world of Newtonian Physics quite out of date. He emphasised how “even basic systems cannot be predicted.” To do this he brought on stage props which made his point extremely well. In the real world it seems probability is as much as we can hope for while at the same time we are faced with unpredictability and chance, and much –such as the way music can move us – we still do not understand. This was illustrated by him playing a series of rock riffs which brought the conference to a close. Yes. Quite a day.